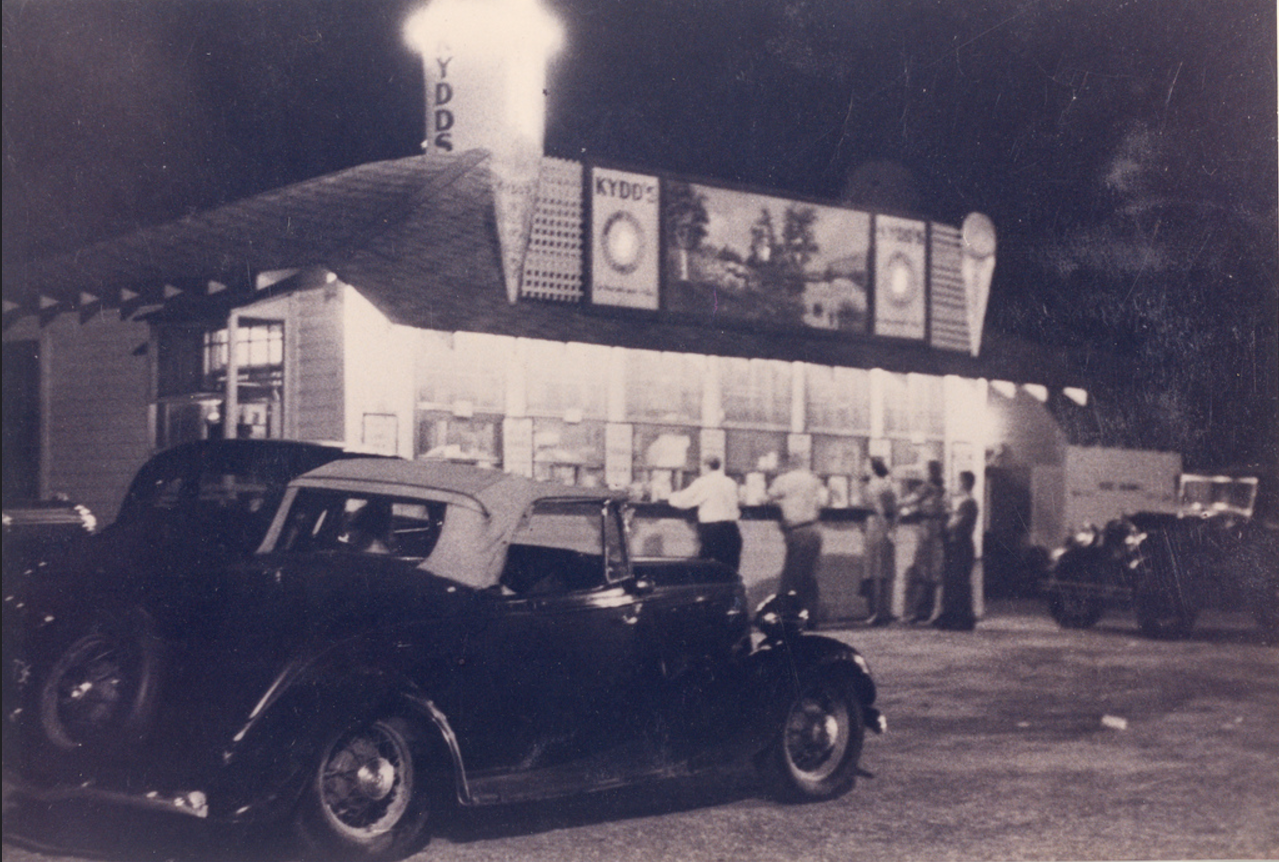 The Birth of a Chelmsford Landmark

Over 80 years ago, a blacksmith at Lowell’s Boott Mills wanted a career change.  He saved his money, bought a dairy farm on Stevens Street, and a plot of swampy land no one wanted not too far away in Chelmsford.  He started his dairy farm, and used his revenues to cart in tons of dirt from Drum Hill.  Eventually, he silenced his naysayers and started construction on that lonely plot of land.  And he built a roadside stand where he sold ice cream made from the milk his dairy cows produced.

It was a wild success.

He knew a little bit about marketing too.  He had a giant milk bottle made, in two pieces, and hired a team of men to hoist it atop his ice cream stand.  It became an attraction on Chelmsford’s road into Lowell, and he put the letters of his last name on it.  People came just to see the giant milk bottle, and, before long, he was selling 30 flavors of ice cream, at a dime a cone.

He kept that ice cream stand for 27 years. 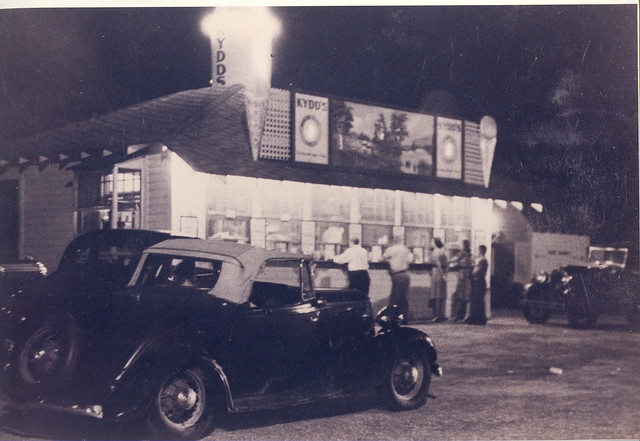 At some point a few years in, he added a back window and started serving sandwiches, hot dogs, and hamburgers.  Soon, the line to buy hot foods at his stand was just as long as the lines to buy his ice cream.  He built a diner next door, and put his name on that too. 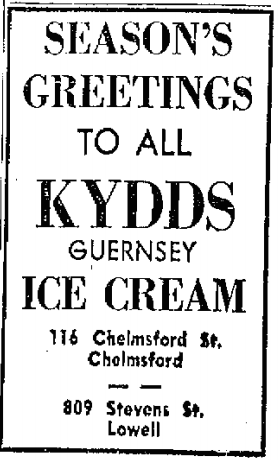 During the 1930s, and into the war years, and even for a bit after, he ran Kydd’s Ice Cream and Kydd’s Diner on Chelmsford Street.  But, ice cream was his true passion, and he sold the diner to the Gefteas and Burliss families in 1947.

John Kydd sold ice cream from his ice cream stand right up into the 1960s, when he finally sold it, in 1961, to the same families that bought his diner.

Rumor has it that that giant milk bottle survives to this day in an undisclosed location in town.

And the restaurant held on even longer, into the Yelp era, where you can still read reviews for it even today.  But, the restaurant is gone too, since 2008, when it closed after its 70-year run.  It’s still remembered today, though not as Kydd’s, which was its first name. 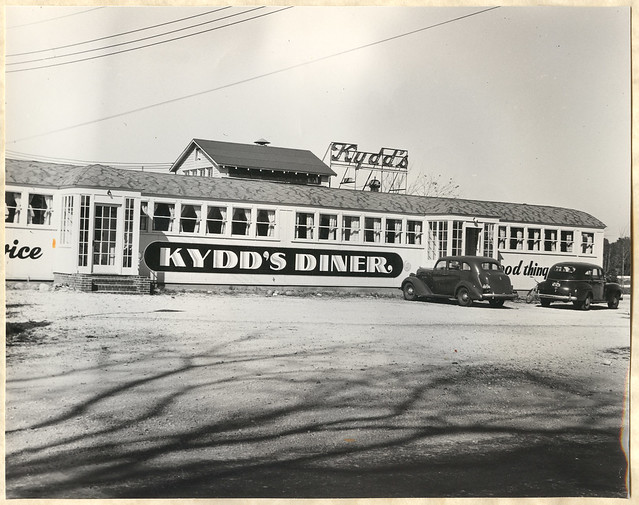 Chelmsford fondly remembers that little ice cream stand and restaurant, that no one thought would ever get built, on that swampy lot no one wanted, as — none other than Skip’s.

They did have the best banana fritters going.

13 thoughts on “The Birth of a Chelmsford Landmark”