In those long ago days before cellphones, speed dialing, and stored numbers, folks like Tommy Tutone telephoned girls like ‘Jenny’ by actually dialing 867-5309.  If he was a modern type, he may have even punched the number into the telephone’s touchtone keypad, an innovation that was several years old by the time the song was released in 1981.

A generation before, in 1940, Glenn Miller and his Orchestra, memorialized the phone number of Manhattan’s Hotel Pennsylvania with the song PEnnsylvania 6-5000.

Do you find it easier to remember the telephone numbers of your childhood home or friends, than those of any one of the ten cellphones and landlines in your family today?  There was something about dialing a telephone number (or even punching it into a touchtone number pad) that helped commit it to memory.

The telephone companies didn’t always think so, though.  As seven-digit phone numbers were introduced during the middle of the 20th century, companies like New England Telephone and Telegraph added exchange names to existing phone numbers to help people remember the two digits added to the beginning of their phone numbers.  Locally, the New England Telephone and Telegraph Company called its telephone exchange names ‘central offices’ when they were implemented in the early 1950’s.  In September 1954, in Massachusetts, along came GLenview for Lowell, ULysses for Tewksbury, NIagara for Tyngsboro, and MYrtle for Westford.  (ALpine for Chelmsford came soon after.)  The two initial letters of the central office names, always capitalized, represented the two initial numbers of the phone number to be dialed.  Hence, as it’s explained below, GL3-2181 becomes 453-2181: 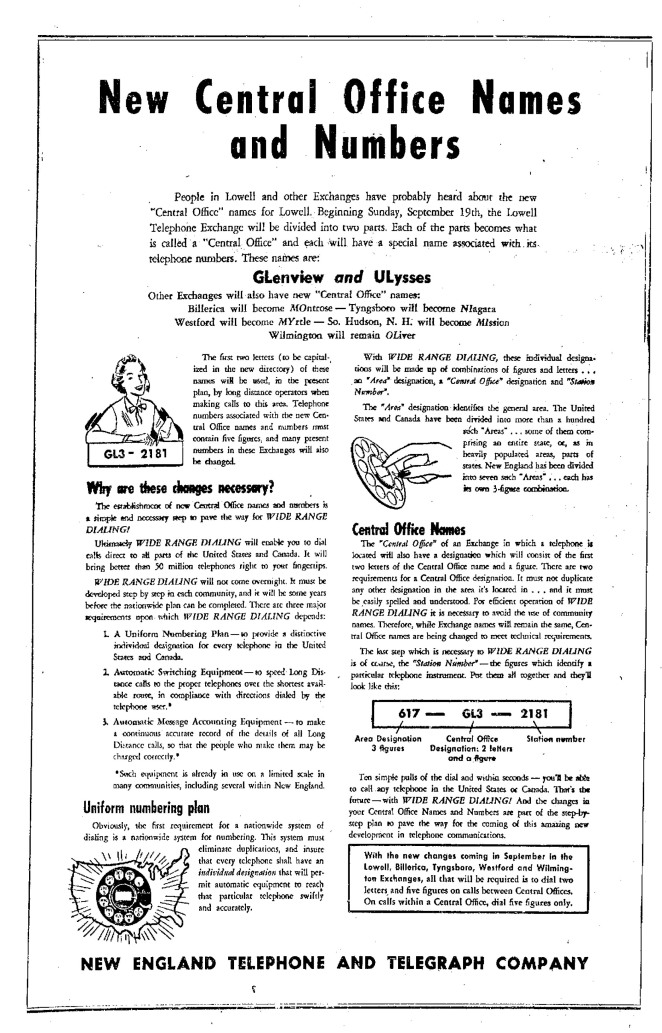 The idea behind central office names, beyond helping memories and expanding the pool of available numbers, was to enable ‘wide range dialing’, or allowing people to dial American and Canadian numbers directly into their telephones, without the assistance of an operator. The new system also standardized the numbering system and ensured that each telephone received a unique number.  Under this system, telephone numbers contained three components:  an area designation (now known as an area code), a Central Office designation (consisting of the first two letters of the central office name and the first number thereafter, and the station number (or the last four digits of the telephone number). 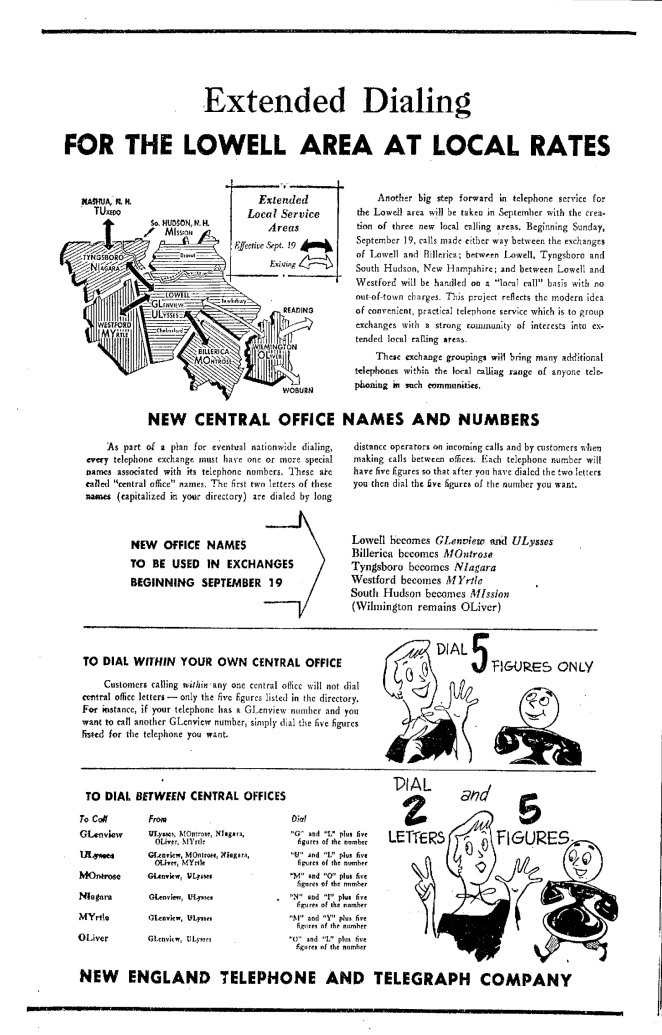 So, how did it work?  If you were dialing within a central office (or telephone exchange name), you needed only to dial the five figures, as explained above.  If you wanted to call outside of your central office, the two letters were added.

There’s something nostalgic and ‘mid-century sounding’ to a phone number like BEechwood 45789, or more locally, GLenview 8-6361, which was the telephone number to reach one of Lowell’s largest department stores, the Bon Marché.  Today, in an era of Skype and email and text messages, it’s hard to imagine the same sort of nostalgia being attached to a phone number. 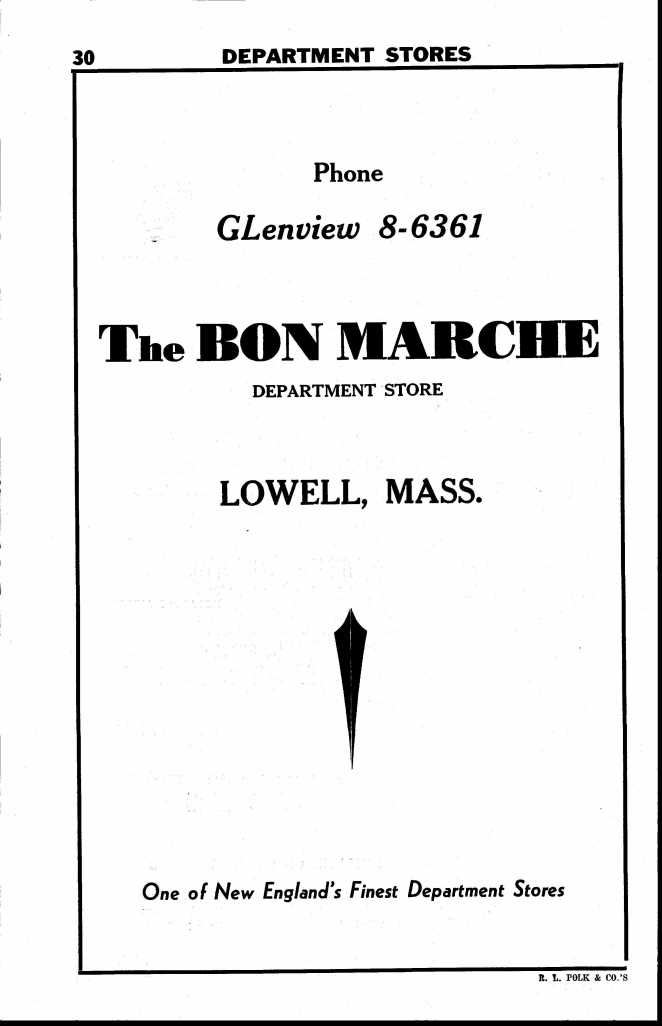