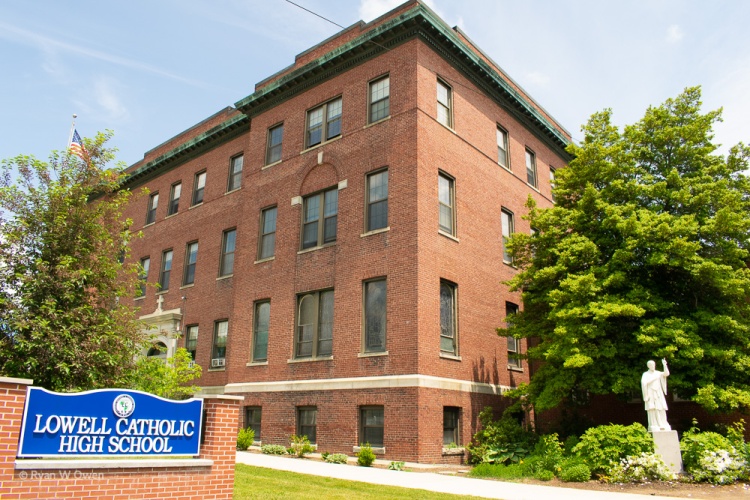 Have you ever stepped inside 530 Stevens Street?  Within those walls that now house Lowell Catholic, there’s history.

Shorthand experienced its heyday in the years immediately following the Civil War.  As the end of the 19th century approached, many reporters began to swear off its usefulness, saying that shorthand’s time had passed, and that it was no longer worth the significant effort required to learn it.  By the early 1890’s, the century’s practice […]

Things have to get fairly dire before your entire student body, well, 97% of your student body, boycotts your school due to “dangerous conditions”.  But, that’s precisely what happened at Lowell’s Riverside School on a Monday morning in late March, 1971.  Of the school’s 205 students in Grades K through 5, just six showed up […]

Rogers Street,today, is one of Lowell‘s main gateways into the city, providing access from Tewksbury, the city’s southern neighbor.  Known by many outside Lowell simply as Route 38, the road has a long past that is deeply connected to Lowell’s history, and to the history of its Belvidere neighborhood especially. Rogers Street gets its name […]

High school entrance exams during the Civil War era were hard, really.  For arithmetic, 14-year-olds in Lowell, Massachusetts were asked to calculate the diameter of a cannon ball weighing 250 pounds, if the diameter of a 128-pound ball was 8 inches.  In grammar, they were asked for the plurals of Mr. Smith, Miss Smith, and […]